You are here: Home / DSTV Updates 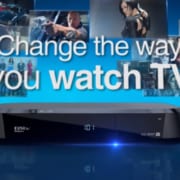 Change the way you watch television with DStv Explora!

Your shows are ready when you are. Access DStv Catch Up with more than 200 hours of content. Use the Series Stacking setting to watch multiple episodes of your favourite show. DStv Catch Up Plus has hundreds of extra titles available for download. Look out for the series box sets to download.

Rent the latest blockbusters with Box Office from the comfort of your couch.
Up to 20 titles added each day. Your first rental is for free. Never miss a moment. Watch one channel while recording another.You can record up to 220 hours of programming. Record your favourite series automatically and find out when it’s on again.

Your entertainment sorted with easy-to-use menus and categorised playlists.
Make it your own with personalised features – your favourite channels grouped for your convenience.

Less surfing, more exploring! Use the advanced search function to find your favourite series. Type in a search word or part of the word for matching shows to pop up. Specify where and when you want to watch it. Or select the theme and PG rating.

All the power in the palm of your hands!
You can pause live TV for up to 2 hours, and use instant replay or slow motion. 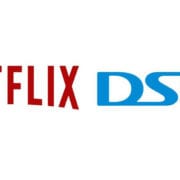 There’s a new player in town, giving the satellite television service a run for its money. Although MultiChoice owns shares in ShowMax, an online streaming service, many people are flocking to Netflix for their series binge watching spree.

Online streaming services have become a game changer in the entertainment world. And this is only focusing on the legal services. Pirate sites are an alluring alternative for people wanting to see the latest episodes of their favourite series but trying to find a way around paying for it.

Stats show that MultiChoice has lost over 100 000 premium subscribers in the financial year from 2017 to 2018. The pay-TV operator must now reassess its business model to stay relevant despite the fierce entertainment competition. If DStv fails to rejuvenate its services, it is threatened by digital disruption.

According to Calvo Mawela, the CEO of MultiChoice SA, an issue arises with unregulated competition because Netflix has an unfair advantage as a video-streaming company. Currently the company is not subject to any regulatory pressure in South Africa.

DStv is very aware of the fact that their viewers have changed their average viewing habits. More and more South Africans are catching on to the convenience of online content. Although the satellite broadcasting service still has a big loyal following, the company wants to aim at capturing a bigger online audience.

Besides offering subscribers access to ShowMax, MultiChoice has created a new online streaming service platform. With DStv Now you can access the satellite television’s content online. Plans are in the pipeline to launch a special 4K-streaming option for DStv Now, offering subscribers a higher resolution, high definition (HD) format. Other changes include possibly offering a new package that will be streaming-only. This way MultiChoice can directly compete on Netflix’s turf. There are also a few other online content services to contend with.

Why is DStv Losing Subscribers

Some onlookers speculate that the substantial subscriber loss is due to the financial challenges that consumers are facing. But MultiChoice still strongly suspects that it is losing many premium subscribers because of unregulated competition, with Netflix at the top of the online content services competitors.

MultiChoice believes that it is the responsibility of the Independent Communications Authority of SA (Icasa) to investigate a way of creating a level playing field so that the pay-TV operators can compete fairly with the over-the-top players. If Icasa does not comply with this request, DStv and other pay-TV operators might very soon be out of business.

In May 2018, the regulator conducted an inquiry with an oral hearing, listening to the complaints from the subscription television broadcasting services. It is considering opening the market to other players. The plan is to introduce shared sports rights, as well as shorter contract options for premium content.

MultiChoice feels that Icasa misunderstood the request and the inquiry is not focusing on the issue that was brought to them. DStv feels that competition in the industry can have a positive effect on services, they are not against it. The pay-TV operator wants to make its subscribers aware of the value offering they present, appreciating the services offered. They feel that the consumer will benefit from healthy competition.

But now Icasa has shifted its focus to regulate DStv more. MultiChoice still claims that over-the-top players like Netflix should be subjected to the same set of regulations as MultiChoice. Mawela feels that this will be in the best interest of the country. In an interview he pointed out that the country has national objectives to focus on. For instance, currently Netflix does not fall under the same tax compliance laws as MultiChoice. The online streaming company also does not comply with the black economic empowerment regulations.

The Main Aim of The Request

Mawela went on to explain that he feels companies such as Netflix should be placed on the same playing field as local service providers. Netflix does not offer employment to anyone in South Africa, they don’t fall under the country’s tax laws, and they also do not offer any local content. MultiChoice’s main reason for requesting regulations from Icasa was to ensure that the pay-TV operators and the online streaming companies can stand on equal footing when competing for subscribers.

Netflix responded positively to the regulation request from MultiChoice. They intend to adhere to the local laws and tax structures of the countries that access their service. Netflix welcomed collaboration with regulators.

For more Netflix, Showmax and DSTV news and updates check out: Which TV Entertainment To Choose: DSTV vs Netflix vs Showmax 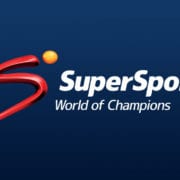 Are you a diehard sports fanatic? Do you love watching live games on DStv? Well, good news for you, till the end of July 2018 DStv has decided to make all the SuperSport channels available to all the packages. This includes Compact, Compact Plus, Family and Access packages.  Get access to 13 SuperSport channels at no extra charge. Watch SuperSport 1 to 12 and SuperSport Blitz as much as you want, for free.

Here’s a list of the what you can look forward to in July:

Will the South African bowling attack hold up to the challenge of the Sri Lankan wickets? The test will start on Friday 13 July at 6:25. Watch the Proteas on SuperSport 2.

Two feisty teams battling it out for a prized place in the playoffs. Will the Lions conquer the Bulls in Johannesburg?

Watch the two formidable teams in action on SuperSport 1, Saturday 14 July at 15:00

Can Serena Williams make an epic return to the world of competitive tennis with another Centre Court appearance? Enjoy the nail-biting final on SuperSport 6, Saturday 14 July at 14:45.

Marc Marquez will attempt to extend his championship lead in the Germany polls. Watch the race on SuperSport 7, Sunday 15 July at 14:00.

The big final will be in Moscow. Who will go home with the prized trophy, crowned kings of the football world? Watch the 2018 World Cup Final on SuperSport 3, Sunday 15 July at 16:45.

Can Roger Federer extend his Grand Slam dominance on the grassy Centre Court? Watch the nail-biting final on SuperSport 6, Sunday 15 July at 14:45

By the end of July, you will be a professional sport watcher! There’s more fun live sport fixtures to enjoy in July. All of these available to the DStv Compact, Compact Plus, Family, Access, and Premium packages.

Local DStv Installer Can Help You Access All the Sports

If you are experiencing issues with setting up your DStv channels, one of our leading and accredited DSTV and multichoice service technicians can assist you.

Wondering what DSTV package is best for you?

Check out our detailed breakdown of all the channels in the various packages.

Do you love entertainment? Sport? Movies? Series? DSTV is one of the most comprehensive entertainment options available in South Africa and indeed Africa. With more than 100 channels you can enjoy a fantastic variety of options.
View on Facebook
·Share